by The Granite Countertops 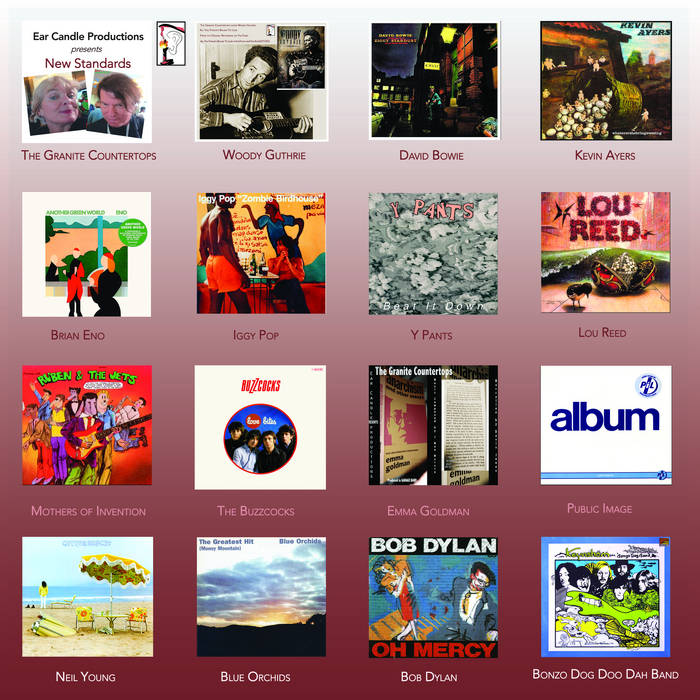 davis2u Its fun and informative of values that last.

On their fifth album, the Granite Countertops perform a collection of cover songs by various artists from the 20th century we deem essential for the times, to create a new standard for 21st century alternative music.

Starting with a thrashy blast through an all-too-timely Woody Guthrie song and ending with a Velvetesque take on the Bonzo Dog Doo Dah Band's most mystical moment of Zen, J Neo Marvin and Davis Jones find profound new corners in some of their all time favorite songs. In New Standards, the duo take on raw material from David Bowie, Iggy Pop, Lou Reed, Kevin Ayers, Bob Dylan, Neil Young, John Lydon, and more, weaving their words and music into a fresh new sonic experience. Join the Granite Countertops as they build a vision for the future out of 15 precious pieces of their past.

J Neo Marvin and Davis Jones: All vocals and instruments
Michael Lyons: Special guest support vocal on Song From The Bottom Of A Well.

The Granite Countertops are dark, whimsical, tender existential action heroes J Neo Marvin and Davis Jones, exploring the outer limits of what a duo can create.

Bandcamp Daily  your guide to the world of Bandcamp

MF DOOM is given his flowers, plus appearances from MC Jada Imani and Stanley Ipkuss